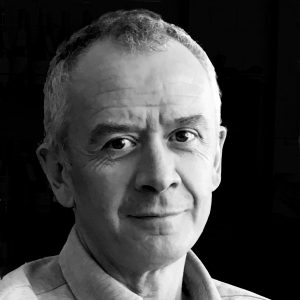 David Epstein has extensive experience in politics and government, regulatory and public affairs, corporate strategy and communications, in Australia and internationally.

A four-decade member of the ALP, David was educated at The ANU and Wharton (UPenn), and has worked as a Ministerial Adviser, consultant and company executive.

He served as a Private Secretary to two Federal Cabinet Ministers, then as Director of the Ministerial Media Group, during the Hawke and Keating Governments. Following this, he joined the Office of the Leader of the Opposition and became Chief of Staff to Kim Beazley (1997-1999).

David returned to the role of Chief of Staff to Opposition Leader in 2007, working for Kevin Rudd, and was appointed Principal Adviser and Chief of Staff to Prime Minister when Labor won power later that year.

A Fellow of the Australian Institute of Company Directors, he is also Chair of Communications Compliance Limited, an independent compliance monitoring body for the Australian telecommunications industry, and an Adjunct Professor at Deakin Business School, Deakin University.

Among other things, David maintains a keen interest in arts and cultural organisations, books, the outdoors, gardening and photography.

Linda is an Assistant National Secretary of the Australian Services Union. She practised as a solicitor in private practice after gaining degrees in Law and Commerce from Melbourne University. Linda joined the Chifley Research Centre Board in 2013 and was appointed Chair in June 2015.

Tim Dixon is currently based in London and is a co-founder of More in Common, which works across the US, UK, France and Germany to counter the threats of polarization and far-right populism. Tim has led social change projects in more than 20 countries. He trained as an economist and tech sector lawyer, worked as economic adviser and chief speechwriter for Prime Ministers Kevin Rudd and Julia Gillard, is the co-author of Australia’s leading economics textbook and built a leading Australian ​educational publishing business that was bought by Pearson in 2004.

Tim has founded initiatives that have engaged millions of people in social movements. Prior to More in Common Tim co-founded creative agency Purpose Europe; The Syria Campaign; the Jo Cox Foundation in the UK; and Movilizatorio in Colombia.

Ben Davis is a committed unionist and a proud Richmond supporter. He has over 20 years’ experience working for the labour movement with 18 years spent organising workers across Victoria.

Since 2013 he has been Secretary of The Australian Workers’ Union Victorian Branch. As Branch Secretary, he has seen the union expand into new areas and has faced many challenges including complex disputes at Fletchers, UGL and Esso as well as the Trade Union Royal Commission.

Ben sits on various government and non-government boards and committees relating to workers’ rights and safety, and is a Director of Prime Super.  Ben has completed financial management training with The Association of Superannuation Funds of Australia, and he is a graduate of the Williamson Community Leadership Program.

Frances Maguire is a former Partner at PwC (retired as partner December 20190, who now acts as a senior executive adviser to the partnership.  She has been on the leadership team for PwC’s Consulting business for the past seven years and also a member of PwC Australia’s whole of firm leadership group for the past four years.  During her time at PwC Frances had led the NSW Government team, the National Government and Public Sector Consulting practice and the National Australian Clients and Markets Consulting Group.

Frances also worked for 10 years in the children’s services sector and subsequently, Frances served as a Senior Adviser to NSW Government Ministers.

Laura Fraser Hardy is the Chief of Staff to the Queensland Attorney-General Until February 2018, Laura was a Senior Associate at Hall Payne Lawyers. During her ten years at Hall Payne Lawyers, Laura worked predominantly in employment/industrial relations, discrimination law and disciplinary law.

Laura is an member of the ALP and was the federal candidate for Bonner in the 2013 and 2016 federal elections. Laura has been on the National Committee of EMILY’s List, and was previously the Queensland Labor Women’s Network President.

Amit Singh is a consultant at Accenture specialising in economics and policy and advises clients in financial services, government and the tech sector. Formerly a managing director at the consultancy, AlphaBeta, head of global economic and work policy at Uber in San Francisco, he also served as a senior economic adviser to two Australian Prime Ministers.

Earlier in his career, Amit was a capital markets lawyer and co-founded a consumer aggregator with over 350,000 members. He has delivered papers and presentations on digital marketplaces and the future of work at the OECD and ILO.

Sabina Husic is the Director of Media to the Victorian Premier, Dan Andrews. An experienced communications strategist, Sabina has shaped political, media and digital campaigns that have engaged millions. She is a highly respected advisor on media and digital strategy, crisis management, targeted campaigning, public affairs and stakeholder relations.

She has held senior advisory roles in government and opposition across federal and state politics, including as Deputy Chief of Staff to Opposition Leader Anthony Albanese, Head of Digital Media to Premier Dan Andrews, Director of Communications to Premier Kristina Keneally, and Media Advisor to Premier Nathan Rees. Sabina also worked as General Manager of Media and Communications at Basketball Australia and Chief of Staff at the Australian Workers Union.

Since 2019, he has been the NSW Labor Assistant General Secretary and has helped guide the branch through a comprehensive reform of governance and organisational culture. George has played a broad range of roles in the across the Australian labour movement including most recently as the Communications Director for the Australian Manufacturing Workers’ Union.

He has a Bachelor of Economics (Political Economy) from the University of Sydney.

Chloe is a Senior Policy Adviser to the Federal Leader of the Opposition, the Hon. Anthony Albanese MP. Previously, Chloe was an Adviser to Prime Minister Kevin Rudd and Deputy Chief of Staff and Director of Policy to the Leader of the NSW Labor Opposition.

Chloe has a Master of Laws (Global Health Law) from Georgetown University in Washington D.C as well as Bachelor of Arts (Hons) and a Bachelor of Laws (Hons) from the University of Sydney. She has attended the Women’s Campaign School at Yale and is a Young Leader Delegate in the Australian American Leadership Dialogue.