Joseph Benedict (Ben) Chifley was Australian Prime Minister from 1945 until 1949. As PM he is remembered for significant public policy achievements such as full employment, welfare state reforms, the Snowy Mountains Hydro-Electric Scheme, and the establishment of Trans-Australian Airlines and the Australian National University.

In Chifley’s most famous speech in 1949 he described the ‘light on the hill’ – the objective towards which the Australian labour movement must continually strive. In his own words:

I try to think of the Labour movement, not as putting an extra sixpence into somebody’s pocket, or making somebody Prime Minister or Premier, but as a movement bringing something better to the people, better standards of living, greater happiness to the mass of the people. We have a great objective – the light on the hill – which we aim to reach by working for the betterment of mankind not only here but anywhere we may give a helping hand 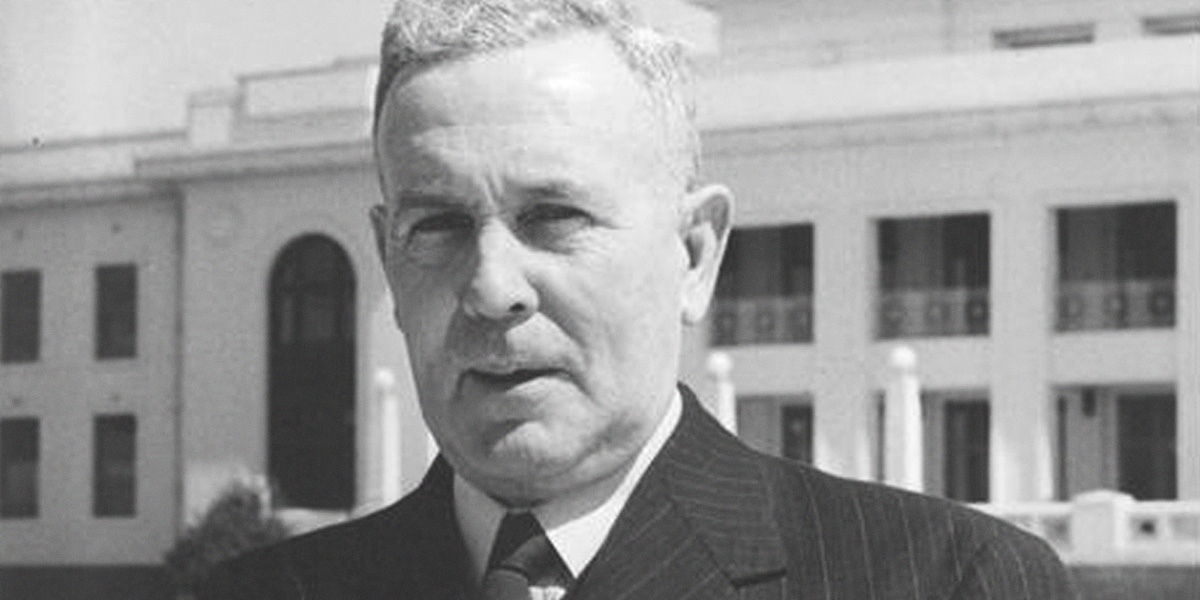 Born in Bathurst 22 September 1885, Ben Chifley was brought up on a farm by his grandfather. A voracious reader, he joined the New South Wales Railway in 1903 and became an engine driver in 1914. In the meantime he developed a keen interest in finance and economics, an interest he maintained throughout his political career.

As a federal parliamentarian Chifley held Macquarie (1928-1931 and 1940-1951) for the ALP, a Party he led from the time of John Curtin’s death in 1945 until his own passing in 1951. His frontbench responsibilities included the defence, treasury and post-war reconstruction portfolios. He remained treasurer after his ascension to the prime ministership.

Chifley died as leader of the Federal Parliamentary Labor Party in 1951 in Canberra. He remains a cherished figure in Australian history, an icon of the Australian Labor Party, and an inspirational example to all.

Chifley is best remembered for his reorganisation of the Australian economy during wartime, and also his efforts in laying the foundations for the welfare state from 1945. His belief in democratic socialism, the guiding philosophy of the Labor Party, led him to attempt to nationalise the banking sector, a move that was eventually defeated in the High Court. His contribution to other areas of Australia’s post-war consensus included in national reconstruction, through great national projects like the Snowy Mountains Hydro, and in the wave of post-war immigration that has so enriched Australia

In Ben Chifley’s memory, the Chifley Research Centre endeavours to develop informed, reformist public policy dedicated to the pursuit of the light on the hill he articulated so enduringly. Like Chifley, we work towards a more progressive Australia.