The Liberals’ Economy in three charts

Jobs and Growth? Not so much.

Every three months the National Accounts are published and tell us what’s happening in the economy. Mr Turnbull and the Liberals were quick to claim the credit for economic growth. But what are the facts?

Well, it turns out, there’s a bit more going on than Malcolm Turnbull wants us to know. So here’s three charts that say we need a different economic plan.

Wages growth is the real guarantee that your life gets better. We need productive businesses so that wages can rise. 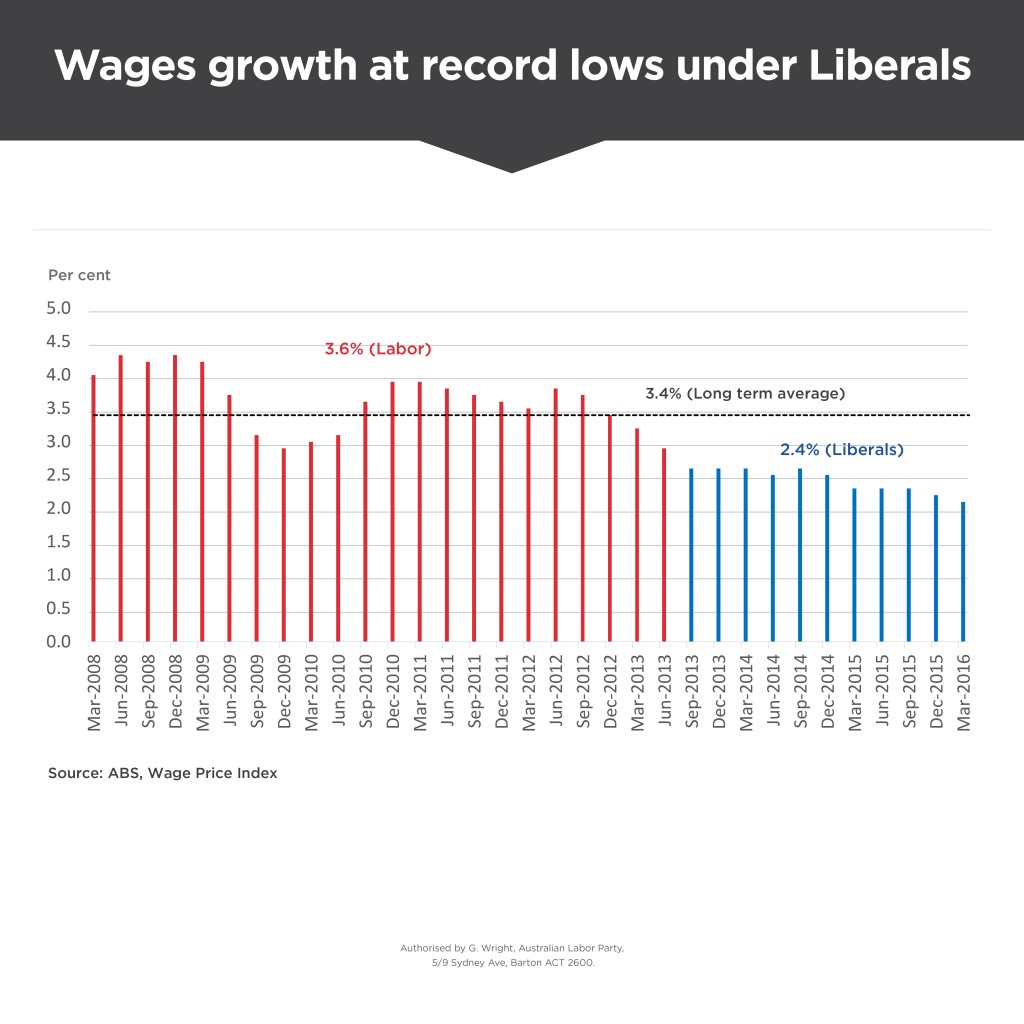 Look closer at private business investment. The story is pretty simple: it was going up before the Liberals and Nationals took over in 2013, and it’s been going down since. 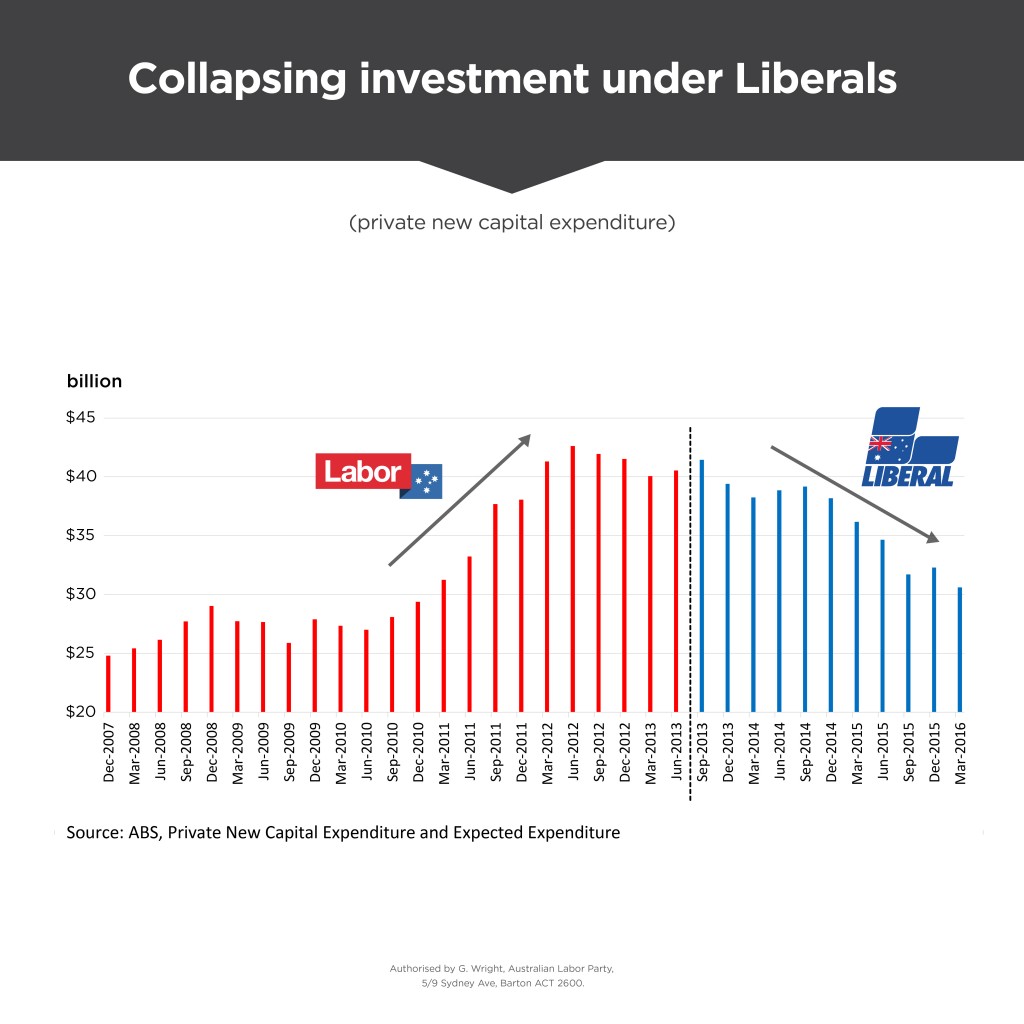 The bottom line for any strong economy is good, well-paying jobs. But unemployment has been higher under the Liberals, even without a global financial crisis. 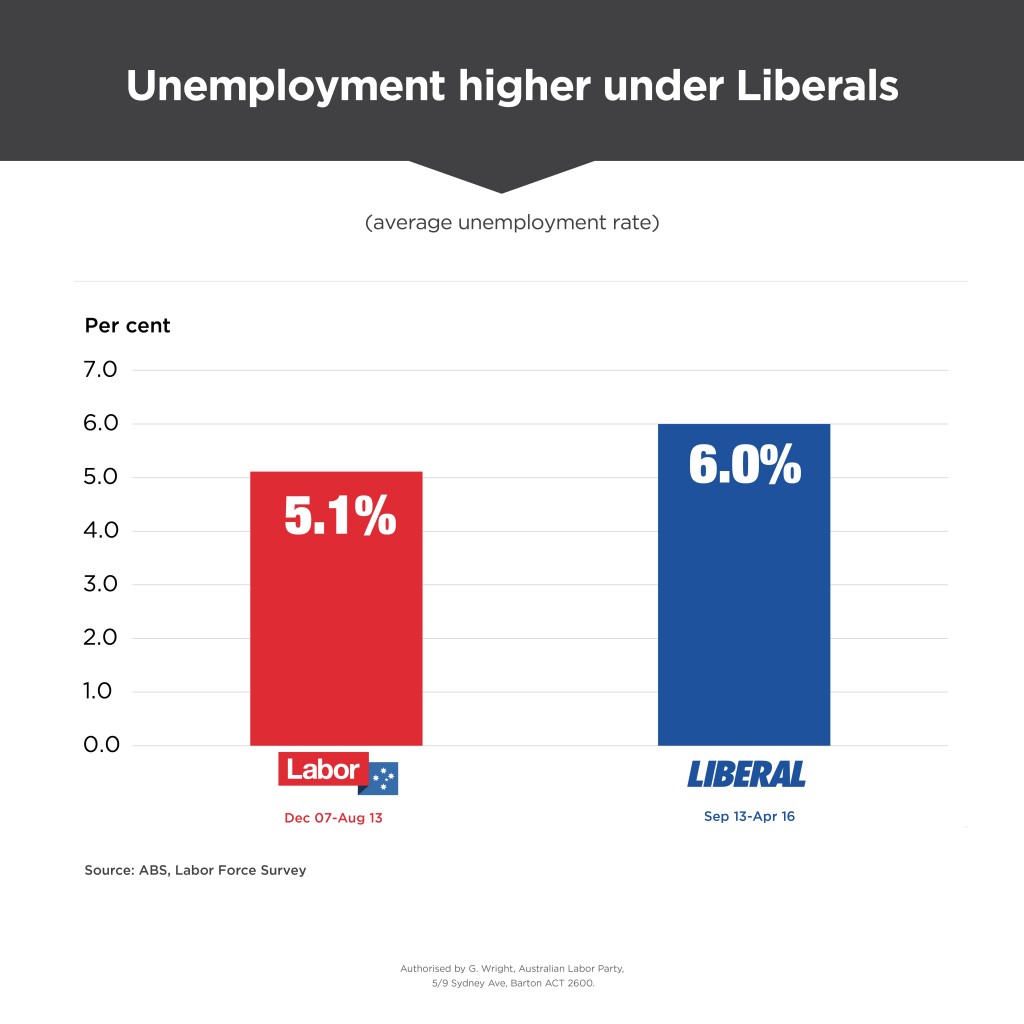 Some people might be winning but middle and working class families are missing out.
Yes, the economy is growing — because of exports, mostly — but can this luck last?

The answer is in what’s happening in the indicators that matter — things like wages, private business investment, jobs, living standards.

All those things are going bad.

If take home pay, business investment and job creation are all going wrong, not much is going right. Even recent strength in export growth is largely due to investment decisions of the past.

The Liberals and the Nationals like to say they’re better at managing the economy.

The truth is, if you want someone to make the economy work for middle and working class families you need a Labor Government.

Michael is a former Executive Director of the Chifley Research Centre. He was previously Speechwriter to Prime Minister the Hon Julia Gillard MP, Senior Adviser at the HR Coombs Policy Forum, Crawford School of Public Policy at the Australian National University, and was Principal Policy Advisor to Federal Labor Leaders Kim Beazley and Mark Latham.