Give Australia’s Environment the Protection It Deserves 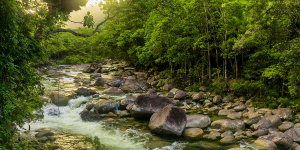 It’s an odd paradox of Australian life that while we love to boast globally about our natural environment we don’t really have the structures in place to adequately protect it.

The Environment Protection and Biodiversity Conservation Act (EPBC) 1999 was roundly criticised when it was introduced. Two decades later, those criticisms have amplified.

Australia’s current environmental laws are tying industry in knots by creating complication and delay while also failing to make any real improvement to the state of Australia’s environment.

All key measures of the health of Australia’s natural world – native species, native vegetation cover, water quality – are degrading at an alarming rate. Their health is worse now than when the Act was created.

While the EPBC allows the Minister for Resources to champion projects on behalf of his or her stakeholders, the Environment Minister is hamstrung by acting as an independent arbiter of decision rather than a champion of the environment. Unlike in The Lorax, we don’t seem to have anyone in the Federal Government who speaks for the trees.

We need a debate as to whether this is still the correct model for this day and age.

Meanwhile, climate change and population growth are putting unprecedented pressure on our environment.

The World Resources Institute ranks Australia 37th out of 70 in its global environmental democracy index – behind Mongolia, Cameroon and Russia.

Our 20th century laws are not fit for purpose in the 21st century. On any environmental argument, reform is urgent.

However, it’s not just the environment that’s been losing out from the EPBC. Business and the economy lose as well.

It is particularly telling that while both environment and business advocates criticise the current regime for very different reasons, many of the same key structural issues underpin their concerns.

The current Act is hopelessly opaque on the terms for decision-making. This leads to poor environmental outcomes and complexity and uncertainty in the development approval process.

Indeed, those caught in the middle of the current approvals process must feel as if the system was designed by Kafka writing a combined episode of Doctor Who and Yes Minister.

The reality for businesses seeking approvals is that the clock can be stopped so frequently that commercial opportunity is missed and lost. Decisions that should take months become years. The EPBC Act is a bureaucratic nightmare where time literally stands still.

The community’s increasing loss of faith in the current environmental protection regimes has the capacity to make things even harder for business. This loss of faith creates conflict through on-ground protest and court action (or so-called “lawfare”), fuelled by the perception of weak and poorly applied environment laws. This is not in the interests of individual development proponents or the reputation of Australia as a place to do business.

We need a sweeping overhaul of Australia’s existing environmental framework. It is time for Australia to recommit to protection of the environment by scrapping the EPBC and starting fresh with a new act and supporting institutions.

Australia can protect its natural heritage by rebuilding federal environmental governance with clearer, less discretionary laws and strong, independent institutions to deliver them.

We must provide certainty to business by streamlining processes through an independent federal regulator tasked with delivering robust approvals and transparency.

This reform is an economic one as well as an environmental one: a more efficient, faster and clearer development approvals process will aid the economy and sustainable development. Environmental outcomes and criteria will be clearer and stronger. The environment will be better protected.

Australians are immensely proud of our natural environment and the dedicated, spirited work that has gone into protecting natural treasures such as Kakadu, the Daintree, the Franklin River and more.

However, with the threats facing our environment so much bigger than the site-by-site battles that first sparked environmental concern, the need for a better approach is now critical.

Australian businesses and the Australian environment deserve better than laws that were ineffectual when they were first introduced a generation ago.