Will India ever Align with the West? 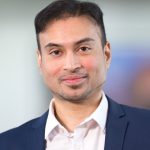 When Indian and American Foreign and Defence Ministers/Secretaries met this week, they signed an agreement which would further strengthen security ties and the broader strategic partnership between the two countries.  It included plans for New Delhi to purchase advanced American weapons and the sharing of sensitive military technology – a key signifier of having Washington’s favour.  Defence Secretary Mattis, probably mindful of the significance of China in pushing India and the US together, characterised ties as “cooperation between the world’s two largest democracies,” that would “work together for a free and prosperous Indo-Pacific”.  For Australia, closer cooperation between our main strategic ally and a rising giant within our region poses some clear advantages.

Nevertheless, as always, there were onions in the strategic ointment.  And as usual they included India’s continued ties with Iran and Russia – both long time friends of Delhi, both rivals of Washington and both facing American sanctions.  Most recently, India defied US sanctions on Iran to announce it had placed orders to import Iranian oil in November.  Just prior, India’s purchase from Russia of the S400 surface-to-air missile defence system resisted US sanctions against third countries that sign defence deals with Moscow.

Even with regard to China, which India sees as its greatest external threat and which poses a more immediate challenge to India than the US, Washington remains concerned about Delhi’s willingness to ‘confront’ Beijing.  India-China relations have warmed in the period since the border stand off and Delhi is reluctant to join overtly anti-China military blocs.

Like the US, which counts non-democracies like Saudi Arabia amongst its close allies, India does not determine its friends based on their levels of democracy, human rights or support for freedom externally.  Rather, Delhi follows its strategic and economic interests.

India’s ties to Iran are rooted in shared civilizational history and driven by Delhi’s strategic imperatives of becoming a regional power, and economic interests – particularly energy.  In 2017, Iran provided 11.2 % of energy-thirsty India’s crude oil imports, making it the country’s third largest source and making Delhi one of Tehran’s biggest markets (Daniel Workman, “Crude Oil Imports by Country,” World’s Top Exports, May 11, 2018).  Past US sanctions on Iran were not received well by India and the present sanctions regime will see Delhi seek to circumvent restrictions.

Stretching back to the Cold War, Russia has been a major weapons supplier to India –significant for both states given India is the world’s largest weapons importer and has a relatively small domestic arms industry.  In the past five years Moscow supplied 62% of Delhi’s total weapons imports over Washington’s 15%. The S400 deal was worth $5 billion and provides India a weapon which  Moscow had used in Syria.  All this could be impacted by US sanctions on Russia, where those doing business with Moscow’s defence and intelligence sectors could face secondary sanctions.  Secretary of State Pompeo nevertheless stated that India would not be penalised for the S-400 purchase, perhaps revealing the importance for the US of buttressing India against China, over isolating Russia.

More broadly, greater integration with American defence technology faces complications given India’s use of equipment from states the US considers unfriendly; a dilemma not faced in America’s other top partners in Europe and the Middle East who buy their weapons almost exclusively from the West.

This reflects the uniqueness of India in comparison to America’s other major friends in the level of independence within its foreign policy.  The aforementioned strategic and economic interests play a part, but do not tell the whole story.  Other partners of the US often sacrifice, for instance, benefits in trade with Iran or Russia in favour of greater strategic or economic interests in keeping Washington onside.

India’s independent foreign policy is significantly shaped by the values of prestige and hierarchy.  Political leaders and the foreign policy establishment have long held a ‘hierarchical worldview’ in which nation-states are arranged as a hierarchy and a state’s position equates to the level of prestige or status it enjoys (Kadira Pethiyagoda, “The Influence of Cultural Values on India’s Foreign Policy” (PhDdiss., University of Melbourne, 2013).  For India, having endured centuries of foreign rule, status and prestige have long been intertwined with strict independence.

For much of India’s post-colonial history, particularly under Nehru, the country sought to attain status through being a moral leader of the Third World – the same policy approach that symbolized India’s independence.  This manifested in Delhi’s role in the Non-Aligned Movement.  India avoided overtly aligning with either superpower bloc (even when security ties with the USSR grew closer under Indira Gandhi).  Beliefs about what achievements and actions conferred international status evolved with the BJP’s ascendance to power in 1998.  India increasingly conceived of status as being conferred by, and independence as being protected by, strategic and economic power (the ‘traditional’ conferrers of status in the international realm).  Independence came to be manifested in Delhi’s doctrine of ‘strategic autonomy’.  The current BJP administration of Prime Minister Modi, despite its uniquely charismatic outreach, continues to adhere to the same principles.  It is these values and principles that add fervour to Delhi’s resistance to jettison Russia and Iran, and aversion to joining military blocs against China.

Understanding the role played by hierarchy, prestige and independence is essential in predicting where New Delhi will stand in the future world order.  In particular, how it will behave in the event of conflict between the US and China.  Despite Washington ratcheting up tensions with Iran, and Russia, and China, there is still a chance that the Trump Administration’s emphasizing of national interests and questioning of traditional alliance relationships could be finessed by astute policymakers to actually enable greater empathy for India’s position. These are aspects of both Indian and American thinking that Australian policymakers need to account for in our geopolitical strategizing if we are not to be left unprepared.  In a future multipolar world, a nuanced grasp of the diverse foreign policy approaches of rising powers may mean the difference between stability and instability, and between war and peace.

Dr Kadira Pethiyagoda, Labor’s candidate for Aston, is an international security and foreign policy expert.  Kadira served Australia as a foreign service officer, a diplomat and advisor to the Shadow Foreign Affairs Minister.  He has been a visiting scholar at Oxford University and visiting fellow at the Brookings Institution. Kadira has a PhD in International Relations.